Apple is a multinational technology company headquartered in California (USA), that designs, develops, and sells popular electronics, computer software, and online services. They are the mastermind behind the ever-popular iPhone which is reportedly used by over 100 million people throughout the world; as well as being one of the pioneers of the technological era. In recent years, Apple has cast their eyes towards the automotive industry with the idea of producing a self-driving ‘Apple Vehicle’ to rival EV pioneer, Tesla.

Since 2014, the American technology incorporation has been focusing on a major project called ‘Project Titan’ which would see Apple producing and distributing a clever electronic vehicle that would radically decrease the price of electrical batteries used in vehicles. They are reportedly planning on releasing the Apple Self-Driving Car in 2024. 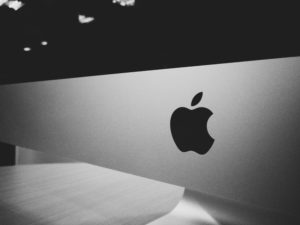 How Much Will The Apple Car Cost?

The Apple team suggested that the ‘iCar’ is likely to have a price tag of around $55,000, which sits somewhere between both the Tesla Model 3 and the Tesla Model S. We aren’t too sure as to whether or not the new vehicle will be open to the public at first, but we can only hope that it will in the following years to come.

What Can We Expect?

Whilst Apple hasn’t formally disclosed information about their planned e-vehicle, we can expect to see groundbreaking self-driving technology as well as advanced car safety features in the futuristic vehicle. It also wouldn’t surprise us if there was a connection between Apple smartphones and the Apple Car – meaning that you could control all aspects of the vehicle through some sort of App. (However, that is just a loose guess)

The Apple Car is expected to feature self-driving technology, meaning that you can hit back, relax, and choose your destination without the worry of driving yourself; just like a taxi. Like Tesla, the vehicle is likely to feature a wide variety of different sensors and cameras, meaning that the car can self-steer, adjust speed, detect nearby obstacles, apply brakes, and park, all based on its surroundings.

So Who Will Assemble The Vehicle?

According to reuters.com “It remains unclear who would assemble an Apple-branded car, but sources have said they expect the company to rely on a manufacturing partner to build vehicles. And there is still a chance Apple will decide to reduce the scope of its efforts to an autonomous driving system that would be integrated with a car made by a traditional automaker, rather than the iPhone maker selling an Apple-branded car, one of the people added.”

Whilst the Apple Car still isn’t set in concrete, there is still a lot of hype and planning behind the project. They have been wanting to create a vehicle since 2014, similar to Google’s Waymo.