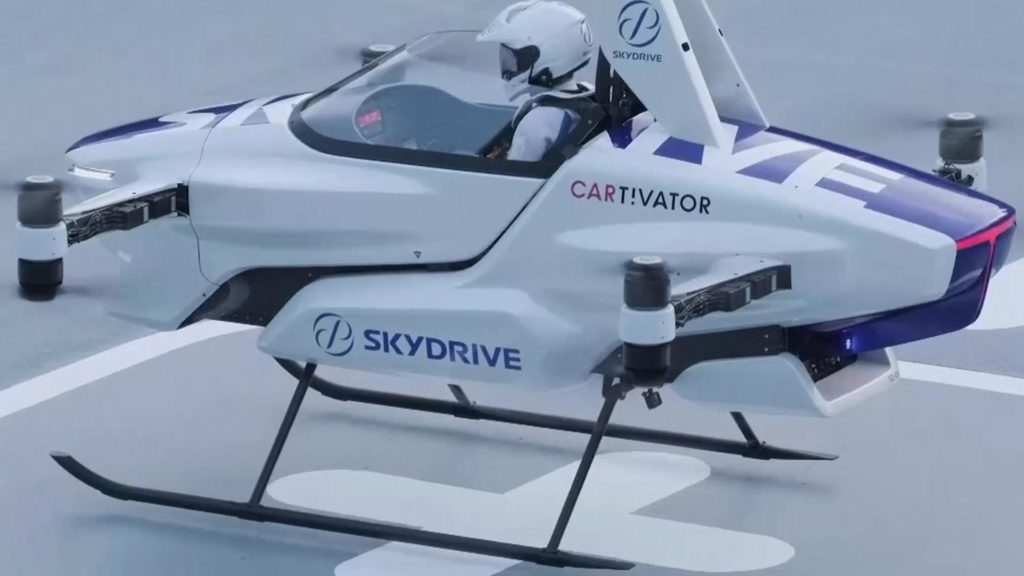 On September 1st, 2020, the Japanese public were lucky to witness the world’s first manned flying car. Flying cars have been a concept many have wished for over the years, but a concept many believed wasn’t actually plausible. Little did we know, flying car start-up SkyDrive inc have made our fantasy become a reality.

The public demonstration took place at the 10,000 square meter Toyota testing field, where the driver of the vehicle stayed in the air for around 4 minutes! Although the vehicle was manned, it was also heavily assisted by a computer control system to ensure vehicle stability and safety for the driver.

Skydrive is a Toyota-backed flying car startup whose goal is to try and release this new vehicle in the next few years. The vehicle is designed to be the world’s smallest electric vehicle with the capability of taking off and landing from a vertical position.

Skydrive CEO, Tomohiro Fukuzawa stated, “We want to realize a society where flying cars are an accessible and convenient means of transportation in the skies and people are able to experience a safe, secure and comfortable new way of life”. Whilst the concept of flying cars is incredibly exciting, it may be many years before air travel is accepted as a safe method of traveling for ordinary people. This is apparent in the Jetpack industry where the product was made several years ago, but can only be used safely in open spaces away from roads and buildings.