The Volkswagen Polo is one of the most popular vehicles in the UK due to its affordability and stylish looks. It’s a common vehicle amongst younger and older drivers who are looking for a well-built, stylish, and reliable vehicle for an affordable price tag. The success of the VW Golf is thought to have contributed to the success of the Polo, as the Polo is just like a smaller version of its metaphorical ‘older brother’. Lucky for us, the brand new Polo is set to be released in 2022, with technological updates and visible facelifts on both the front and rear of the vehicle. Get the low-down on some of its new features down below!

The new polo has very much been inspired by the new VW Golf, with brand new LED headlights which now come as standard and more interior equipment at no extra cost. The updated model also has a choice of three different 1.0L petrol turbocharged engines, with the capabilities of 80hp, 90hp, and 110hp. The more powerful variants also have the choice of a manual or DSG gearbox. 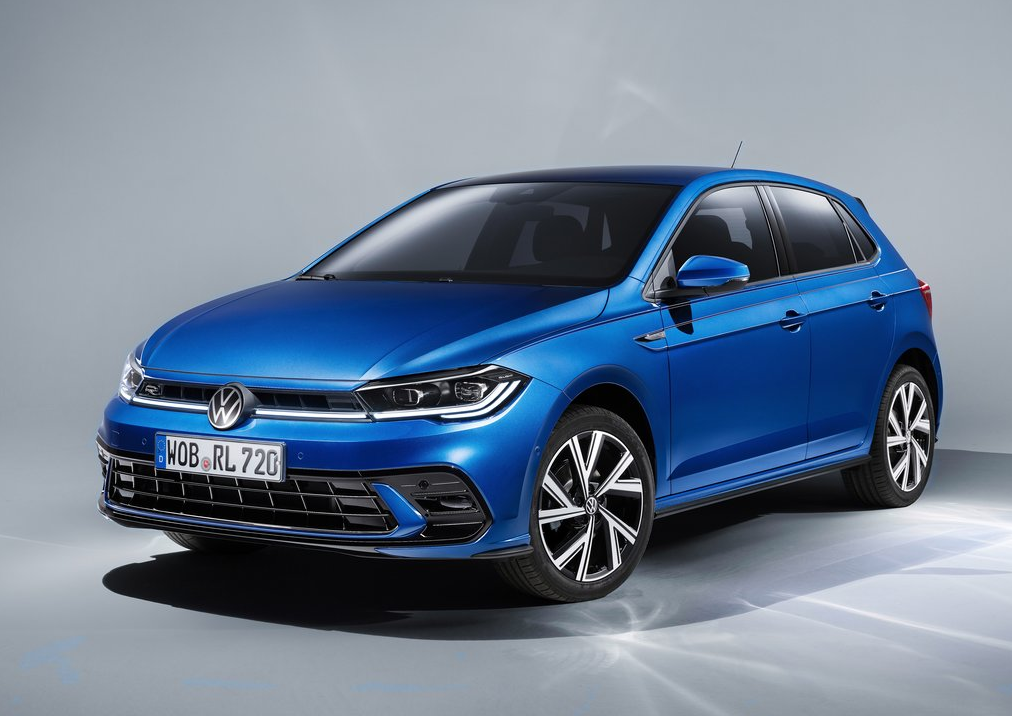 As we just previously mentioned, the 2022 polo comes with the choice between three different 1.0 turbocharged engines which are rumoured to have similar power outputs to previous Polo models. If you were looking for a faster alternative, the brand new Polo GTI is said to be able to achieve 197HP coming from its 2.0 turbocharged engine.

The brand new Polo now features technologies that were previously only available in higher-class models. These new technologies include IQ drive assist, which combines both adaptive cruise control and lane assist to produce somewhat autonomous driving; meaning that the computerised system is capable of driving itself without assistance. The Polo also includes a park distance control system, digital cockpit,  infotainment system, interactive lighting system and much more… 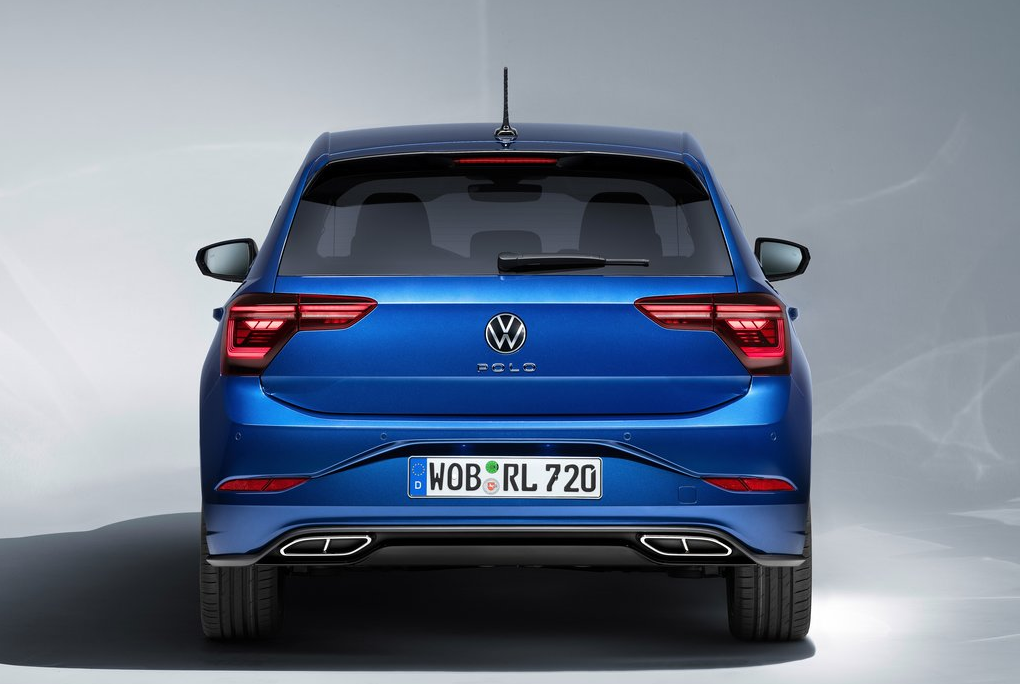 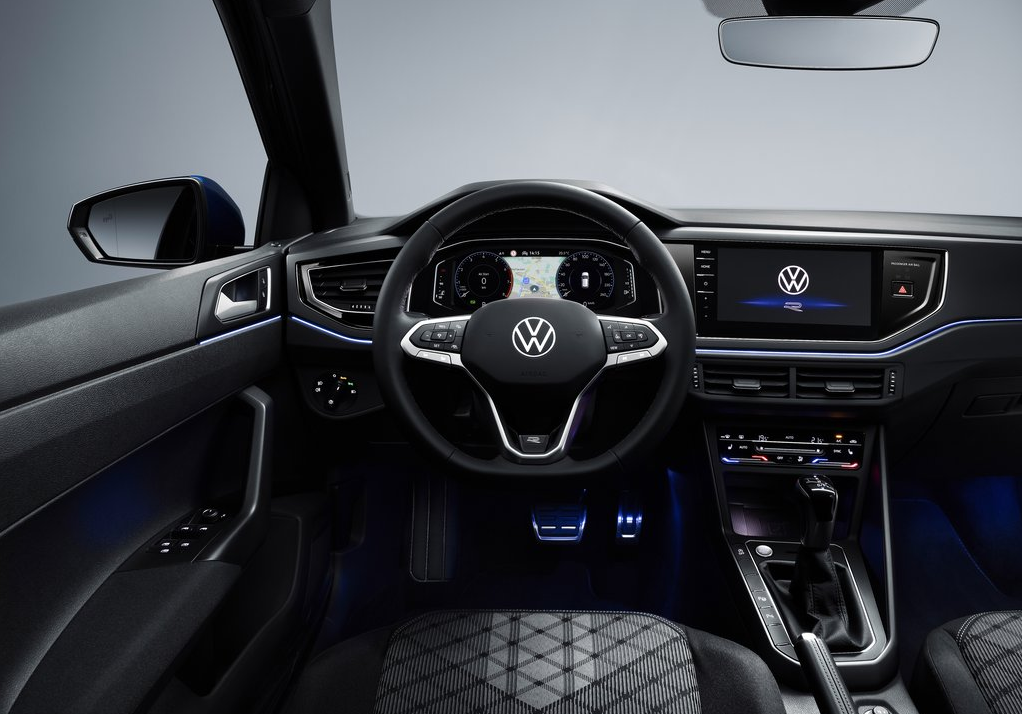 Volkswagen has reconfigured the specification packages: the configurator now starts with the Polo version and continues with Life, Style and R-Line. Even the entry-level model, the Polo, now boasts a significantly wider range of standard equipment. This includes LED headlights, LED tail light clusters, a multifunction steering wheel and Lane Assist. Another new addition is the centre airbag. Located on the driver side on the side of the rear seat backrest, this airbag opens toward the centre in the event of an accident, protecting the driver and front passenger. In addition, Volkswagen has now incorporated the Digital Cockpit (digital instruments with an 8.0-inch display) into the basic equipment. And there is a range of other features that are now fitted as standard: the air conditioning system, the Composition Media audio system with a 6.5-inch monitor, a Bluetooth mobile phone interface, exterior mirrors that can be electrically adjusted and heated, and electric windows throughout the vehicle. The next level up is the specification package Life. This includes additional standard features such as 15-inch rather than 14-inch wheels, App-Connect, a centre armrest with an additional USB-C port in the middle of the passenger compartment and leather trim on the steering wheel and gear knob.

Just one look at the new Volkswagen Polo R-Line’s highly individual exterior reveals its sporty character. The bumpers are distinguished from those of all other Polo versions by their striking R design. In the front bumper, the high-gloss black cross and longitudinal bars of the air intakes and their surroundings convey a charismatic sense of dynamism. Here too, IQ.LIGHT LED matrix headlights and LED fog lights are fitted as standard. A diffuser – once again in high-gloss black – with chrome-look integrated exhaust panels in the lower part of the vehicle rear distinguishes this area from the Polo, Life and Style equipment versions. And the 16-inch Valencia alloy wheels are fitted on the Polo R-Line as standard. Like the Polo Style, the Polo R-Line comes equipped with the Ready2Discover Infotainment system.