When the Romans invaded Britain thousands of years ago in 43AD, they made vast improvements to society with an impressive focus on transportation and city links, where they built upon the foundations of key roads between cities as a means of linking Roman-occupied strongholds. They also taught British civilians about hygiene, clean water, the calendar, whilst also bringing in-laws and a legal system. Surprisingly, straight roads weren’t very common prior to the Romans either!

Some of the key Roman roads used to transport goods and materials are still in use today, and this could be a reason as to why UK roads are so bad nowadays. The foundations beneath some roads in the UK is so ancient that it is in fact having an effect on the surface.

London, or Londinium in Roman times, was set as a base route to most British-Roman cities, just like today! Let’s have a look at some of the key ancient British routes built and used by the Romans.

Ancient British Routes Built Or Used By The Romans: 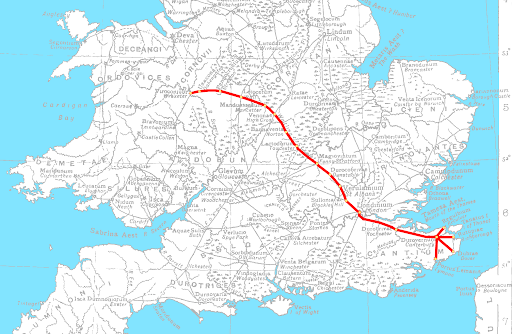 Watling Street was a key ancient route used by the Romans to travel between London and Dover, as well as London and St Albans. Dover has always been a crucial area in Great Britain due to the access it provides to neighboring European countries such as France and the Netherlands. Although the full route doesn’t exist anymore, a section of Watling Street still exists in London by the Mansion House underground station near Blackfriars. 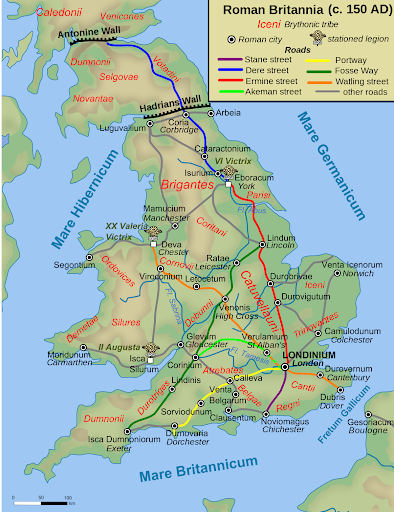 London to Lincoln & London to York

Ermine Street was detrimental to the success of the Romans as it was one of the key routes that linked the South and North of England. Ermine Street connected both London to Lincoln, and London to York. York (Eboracum) was the largest town in Northern Roman Britain and was also the provincial capital city.

The road continues as the B6403 and parts are still present in and around Lincoln. 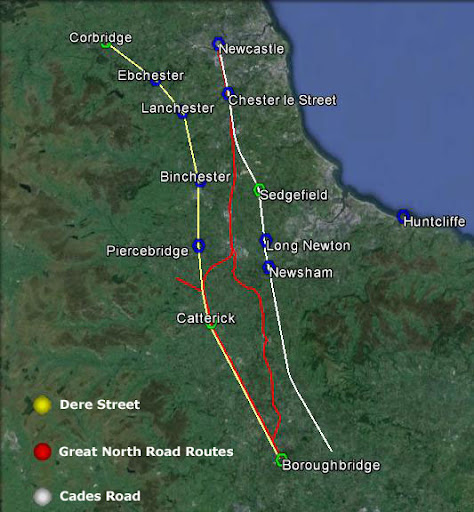 Dere Street was one of the key routes outside of London, in that it connected York to the Antonine Wall in Bo’ness, Scotland. It was built in 79 AD and was 363.7km in length showing just how far the route stretched. It ran through key cities such as Newcastle, Rochester, Berwick, and Edinburgh. The road has also been said to have been reused during the Antonione period of occupation around the years of 138-165 AD.

Most of the road had either been dismantled or had broken down following the Romans, however, there is still a section of the road near Soutra Aisle 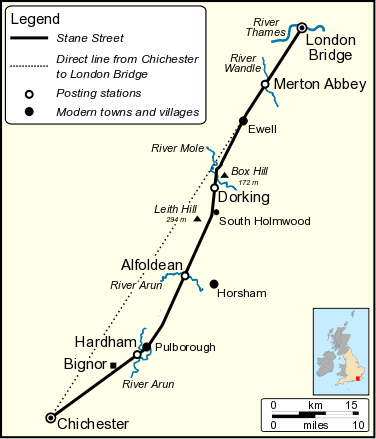 Stane Street was a 91km long Roman Road that linked the cities of London and Chichester. The route was commonly used amongst traders and previously the military, however, it has been said that the military abandoned the route as they found that the Winchester route was easier and better.

Stane Street is still accessible right now and is actually a landmark run by the National Trust. It is a 3-hour long walk around the Slindon Estate and is commonly used by dog walkers and avid walkers. 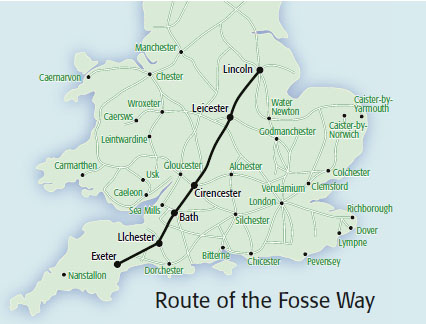 Exeter to Lincoln via Bath, Cirencester, and Leicester

Fosse Way is a route that was once thought to have been used as a defensive mechanism for invading troops and was then later filled in and converted into a road. Historians believe this as ‘Fosse’ actually means ditch in Latin. The road was used by the Romans to connect the cities of Exeter to Lincoln, via Bath, Cirencester, and Leicester. It was known to be one of the straightest of straight roads in Roman Britain.

The A46 between Lincoln and Leicester is on the Fosse Way as well as the A30 and A37.

Portway was a Roman road situated between Silchester in Hampshire and Old Saram in Wiltshire. It is said that the road may have existed prior to Roman rule, however, it was still a key route used for trade between the two market towns.

Parts of Portway can still be found, in areas such as the Devil’s Highway (Roman) near Windsor and the Swinley Forest, which you can still visit. 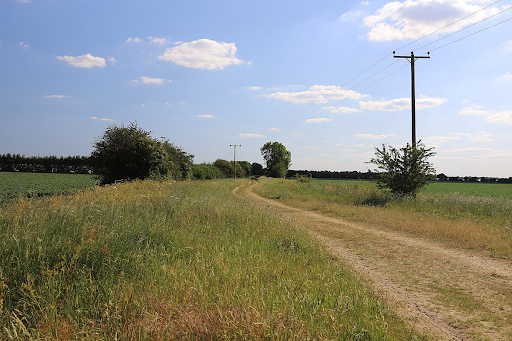 Akeman Street is an ancient Roman road connecting the two modern countries of Gloucestershire and Hertfordshire, however, some historians say that the road already existed and was just modernized by the Romans. It is thought that the road will have mostly been used as a trade route between the two counties.

Parts of the A41 between Berkhamsted and Bicester use part of the ancient course that was utilized by the Romans.

Click here to see an overview of all Roman Roads in Brittania.