Nissan is a Japanese multinational automotive manufacturer that offers a wide variety of different vehicles tailored to many different individuals. They have a very wide range of vehicles, including SUVs, Saloons, Compact Cars, and Electric Vehicles (EVS). One of their most popular models has always been the Nissan Micra. The Micra was first announced over thirty years ago in 1982, and it is still a very popular model to this day. However, in the light of a new technological era, Nissan has just recently announced that the latest variant of the Micra will be an EV.

EV’s have been increasing in popularity over the past decade due to the fact that the UK government is pushing for a reduced carbon footprint. The government has also announced that the UK will be making the full electric switch by 2030, meaning that you will only be able to buy electric vehicles from dealerships, manufacturers, and garages. Prior to 2019, it could be argued that there was a shortage of variety in electric vehicles; the only EV’s really available were incredibly expensive and tended to be luxurious saloons or supercars such as Teslas. However, in recent years, manufacturers have been focusing on introducing cheaper/compact cars to penetrate the booming market. An example of this is the new Micra.

The Micra EV will be based on an electric platform shared with the new Renault 5 and is most likely going to be released in 2024. It has only been teased so far, but here’s what we can expect it to look like. 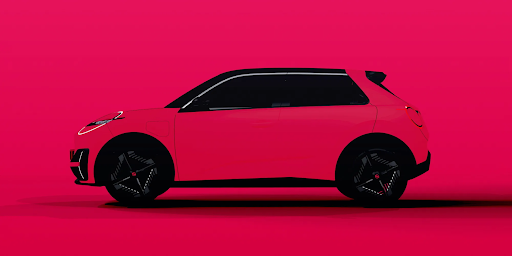 “This all-new model will be designed by Nissan and engineered and manufactured by Renault using our new common platform,” revealed Nissan Chief Operating Officer Ashwani Gupta. Nissan also teased the new car, which features a rounder design language compared with the angular Renault 5 with which it will share its architecture. The new Micra replacement will be based on the Renault-Nissan-Mitsubishi Alliance CMF-BEV platform. Our exclusive image gives an idea of how the new model will look.

This is a great example of the Alliance’s ‘smart differentiation’ approach. Succeeding our iconic Micra, I am sure this new model will provide further excitement to our customers in Europe”,  Gupta added.