Nobody ever thought that electric vehicles could be refueled as quickly as petrol and diesel vehicles, but now opinions are starting to change. This is due to the fact that electric car batteries with five minute charging times have recently been produced by Israeli lithium-ion battery company, Storedot. StoreDot develops ground-breaking fast-charging battery technologies based on the design and synthesis of organic and inorganic compounds. 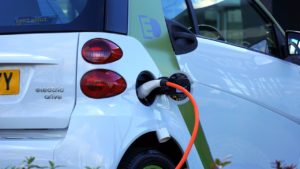 Why Is This Such A Breakthrough?

Ultra-fast charging batteries are considered to be the catalyst to EV success. Many drivers are against the idea of owning an electric vehicle due to the fact that they take so long to charge. For long-distance commuters, they don’t want to charge their vehicle every night and only get a certain mile range before they have to leave their car on charge for hours on end again. If these new 5-minute charging batteries are a success, it will completely eliminate this particular drawback of owning an EV.

At first, nobody thought that a battery of this caliber would be viable, so this news really has come as a surprise to many. CEO of StoreDot mentioned : ““A five-minute charging lithium-ion battery was considered to be impossible,” “But we are not releasing a lab prototype, we are releasing engineering samples from a mass production line. This demonstrates it is feasible and it’s commercially ready.””

It is expected that these new batteries may be tested with various vehicle manufacturers, as it will greatly reduce what is known as “range anxiety” in EV drivers. We just have to hope that these batteries are successful, and will be tested on new and upcoming EV’s.